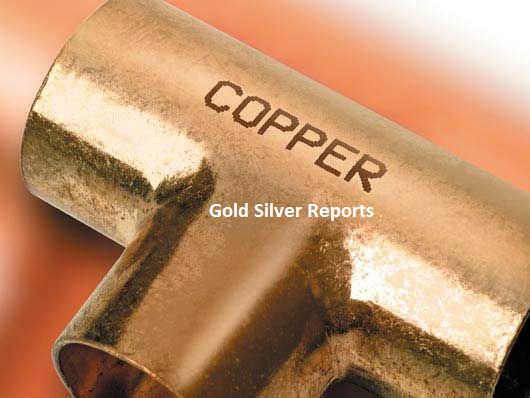 Gold Silver Reports — The International Copper Study Group (ICSG) published the latest monthly report showed in December 2016, global copper supply surplus of 17,000 tons, the total shortage of 5,500 tons in whole year, was below the supply shortages of 164,000 tons for 2015.

Bad news for Freeport since late January has helped support copper prices. About half of the capacity of its Cerro Verde mine in Peru has been sidelined by a labor strike. Meanwhile, Chiles Escondida mine majority-owned by BHP also has seen work stoppages.

Benchmark Copper ended at INR 381.90 per kg during the last session on 22 March 2017. It is interesting to note that the price was able to breach INR 380 per kg and tested a high of INR 383 per kg. — Neal Bhai Reports