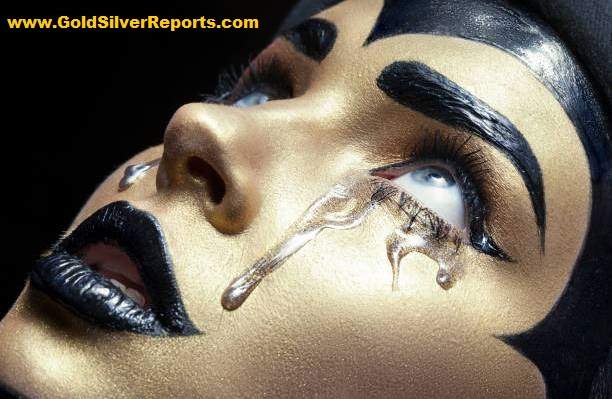 Yellow Metal Trade Reports: Commodity prices traded lower with most of the commodities in the non-agro segment ended lower during the week as stronger dollar and recession fears dampened demand.

Gold prices traded higher with spot gold prices at COMEX rose by more than 1% to $1872 per ounce for the week. Gold August futures at MCX gained by 0.77% to Rs. 51701 per 10 gram along with rupee depreciation. The spot rupee fell by 0.27% at 77.84 against the dollar for the week hitting all-time low. Gold ETF holdings witnessed inflows as holdings at SPDR Gold Shares rose to 1068 tonnes from previous week’s 1066 tonnes. The CFTC data showed that money managers increased their net position by 7100 lots last week.

Silver prices ended down with spot silver prices at COMEX fell by 0.99% to $21.67 per ounce for the week. MCX Silver July futures lost 1.60% and ended at Rs. 60937 per KG for the week. Silver prices traded under pressure during the week on weaker demand for industrial metals on recession fears. The CFTC data showed that money managers decreased their net position by 5818 lots in the last week.

Bullion prices witnessed decline for the week as aggressive FED rate hike and monetary tightening by other central banks boosted buying in dollar. The dollar index rose by 0.53% to 104.70 as the yen weakened after the Bank of Japan held firm with rock-bottom interest rates. A global stock and bond rout continued this week after the Federal Reserve raised rates by 75 basis points – the biggest increase since 1994 – to contain decades-high inflation.

The move was followed by the Swiss Bank which increased rates for the first time in 15 years, while the Bank of England raised its lending rate to its highest since 2009. However, the recession fears and record inflation has capped down side in the precious metals prices. The safe haven buying in dollar and bonds has capped demand for non-interest bearing assets like gold and silver.