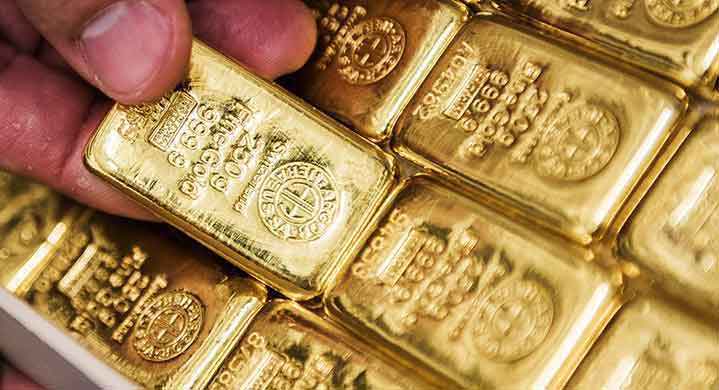 Gold Silver Reports — Gold continued to slip in afternoon as a firm opening in European equities kept the metal under check. The commodity has extended a drop from about two month highs extended. Traders are eyeing the weekend and taking some money off the table after the sharp array of gains in the metal this week. The counter is quoting at $1248 per ounce, down 0.25% on the day. MCX Gold futures are also down 0.14% at Rs 28760 per 10 grams. Worries over poor speculative demand seem to be weighing on the metal.

Large speculators trimmed their net bullish positions in the gold futures markets last week for a second consecutive week, according to the latest Commitment of Traders (COT) data released by the Commodity Futures Trading Commission (CFTC) on Friday. The non-commercial futures contracts of Comex gold futures, traded by large speculators and hedge funds, totaled a net position of 106,038 contracts in the data reported through March 14th.

This was a weekly drop of -27,647 contracts from the previous week. Gold speculative positions have now dropped to the lowest level since February 14th. The commercial traders position, categorized by the CFTC as hedgers or traders engaged in buying and selling for business purposes, totaled a net position of -123,287 contracts last week. This is a weekly gain of 29,361 contracts. — Neal Bhai Reports