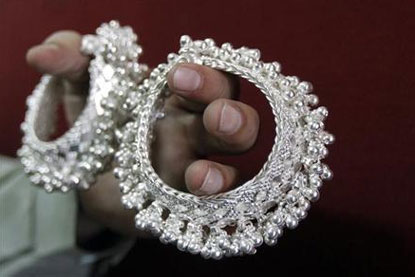 Silver on MCX settled up 0.63% at 42388 while prices are trading well above 42000 mark while sentiments turned lower after nearing the prior session’s one-month high, as the U.S. dollar, Treasury yields and stock markets extended gains.

Bullion was higher earlier on support from U.S. political and economic uncertainty and expectations of a lower dollar. Global stock markets were mostly firmer Tuesday, on corrective bounces from recent selling pressure.

Traders and investors are debating whether the recent downside pressure in stock markets is the end of the “Trump rally” that had been in place since the U.S. president was elected in November. Or, are the recent slides in stock indexes just normal corrective pullbacks in bull markets that still have more room to run?

While the Fed raised interest rates this month, boosting the dollar, which could strengthen further on expectations of further rises after comments from its policymakers.