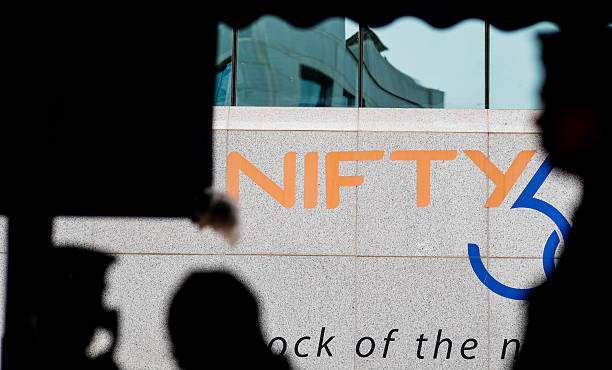 Nifty Future Forecast: This line from last week’s column is important to note right at the outset. “…while there is evidence of some lows being made, the pace of advance may be quite slow and may even suffer repeated retests of the low. So, we should expect a choppy market that attempts to create higher bottoms ahead as it builds up for a bigger move.

” Now, why is this important? Because in the last column we had called for a low to be getting into place. Many times, when you say the word ‘Low’ or ‘Bottom’, the immediate impression is one a rise to follow immediately. I had signalled this in that article, used charts to illustrate why I felt this way, and I am repeating it because that is what the market has been doing during the week that has just ended. We went up, yes, but we also retraced a good chunk of it, raising the fear once again in the minds of traders. A look at the intraday chart for price behaviour across the week is shown in the first chart. As can be seen, it has been quite a choppy trip.

Looking at the chart, one may be tempted to call for an aborted uptrend as prices are eking out a lower top-lower bottom formation. But what is noticeable is that in three sessions, the index chose to maintain its levels and it required some unusual action from Reliance Industries Ltd., which cracked on the imposition of additional duty, to take the market lower. Even then the prices fared better compared to the earlier week.

So, the sense one gets here is a market that is attempting to stave off declines. It is like when you are fighting with your back to the wall, you are not exactly thinking of making advances and are content to just push your enemy back a bit.

Some good news and events were what bulls needed during the week, but none were forthcoming. So, the focus continued to be on the United States and there we had some mixed data and responses to that data. The GDP number came in around expected levels and didn’t cause any fresh waves. Had it not been for the Reliance snafu, the market probably would have finished slightly better.

The RSI crawled its way out of the oversold region but still needs to do a lot more. The Directional Indicator lines show bulls ceded control in April and have not been able to wrest it back yet. Much to do here before we can signal something bullish based on these indicators. These were other reasons that I had stated last week that progress upward would be a slow affair and, may retrace frequently too. The RSI and DMI setups are seen in the second chart.

The other indicator I discussed last week was the Ichimoku chart. Here too we see a situation similar to the momentum charts. The first level of resistance was expected to be at the Kijun-Sen line near 16,000. The small rally of the week brought prices to this vicinity but could not be crossed. So, that will continue to be the first order of the day in the week ahead. Now, there is something a little bit interesting in this chart. See the third chart. The Chikou Span line has moved a bit laterally with the limited action of the week ended. What this shall achieve is to make an upward pathway for the Nifty slightly smoother if the market chooses to move higher.

Hence, we are looking at the possibility of the market moving higher in a much better manner in the coming week compared to what we saw in the last one.

One could even attempt to play this upside using Options as some speed may be available.

What is important is that the prices should hold the lows created last week. Friday’s tap lower ought probably to qualify for a higher bottom retest. Unfortunately, the chart stop-loss point would continue to remain beneath the June 17 low. That would be for positional traders and day or swing traders may have to create their own stops.

On this matter related to Reliance, there shall definitely be some number crunching about the impact of the levy. The way the stock has rebounded from its lows would hint at some recovery next week. So that may be something to watch for as it would remain the negativity that gripped the Nifty on Friday. For that matter, even the Nifty itself managed to recover well from the initial losses and finished the week better.

But there is one worrying element for the market and that is the weakening of the Indian Rupee. The fourth chart shows the steady progress of the U.S. Dollar against the rupee and as matters stand, it doesn’t really seem like the dollar bulls are going to relax their grip on the trend.

The RBI has been making some efforts to contain the weakness with dollar sales but it does appear that the trends appear strong enough for the Dollar/Rupee to reach around 80 to 80.50 in due course.

A weak rupee is always bearish for the equities. We have some range expansion for the week ended and there is a possibility of a slight pullback, perhaps towards the 77.50-78.00 levels. But the main trend remains up and dips are to be used to create longs in any Dollar/Rupee contracts.

The rollover into July was uneventful. Overall position overhang has reduced a bit. That data also shows something that we had discussed last week: the bullishness in the auto sector. It is the only sector where total open interest has increased. Interesting to see also that the OI in pharma is at its lowest since Jul 2020. This clearly shows the lack of interest in pharma names and one should therefore not butt one’s head over there in expectation of improvements. I say this because pharma stocks are one of the most preferred stocks for trading but they have been creating losses for the suitors for a long now. The OI data just confirms that the big guns have left this space alone for now.

A small study also states that there have been many instances of the Nifty posting losses in three successive months—as has happened now—but never for a fourth. From that angle too, we should see some rally emerge in July, however limited it may be. The average return, as per that study shows a gain of about 5% in the fourth month. Key triggers will be the Q1FY23 results flow and the progress of the monsoon.

Summing up, we need to be looking for follow-through price action in the week ahead and for the 16,000 levels to be crossed. Momentum indicators need to improve to keep the rise going. We need to keep an eye on the Dollar/Rupee moves and what, if anything, the RBI does. The Q1 results will start flowing only from around the end of the next week so we may yet be sensitive to global news flow. Cautious optimism is a phrase often used by fundamental analysts and I find myself echoing that as we go into the next week. Long with a 15,500 stop would be a trading recommendation for Nifty.