Silver price extends its corrective downside below the $28 mark, having clocked eight-year highs at $30.06, in light of the retail-trade frenzy spurred by Reddit.

Why is silver dropping in price?

Looking at it technically, after the recent rally, the bears have fought back control after the price confirmed a descending triangle breakdown on the hourly chart in early European trading.

An hourly closing below the critical cap at $28.16, which is the convergence of the 50-hourly moving average (HMA) and the triangle support, has paved the way for further declines.

Silver targets the upward-sloping 100-HMA at $26.90 where the bears can take a breather.

A breach of the latter would close out Monday’s bullish opening gap, with the 200-HMA level at $26.23 back on the sellers’ radar.

The Relative Strength Index (RSI) points south below the midline, backing the case for additional downside.

Alternatively, a sustained move above the powerful support now resistance at $28.16 is needed if the bulls attempt any recovery.

The next relevant upside barrier is seen around $28.55, the confluence of the triangle resistance and bearish 21-HMA. 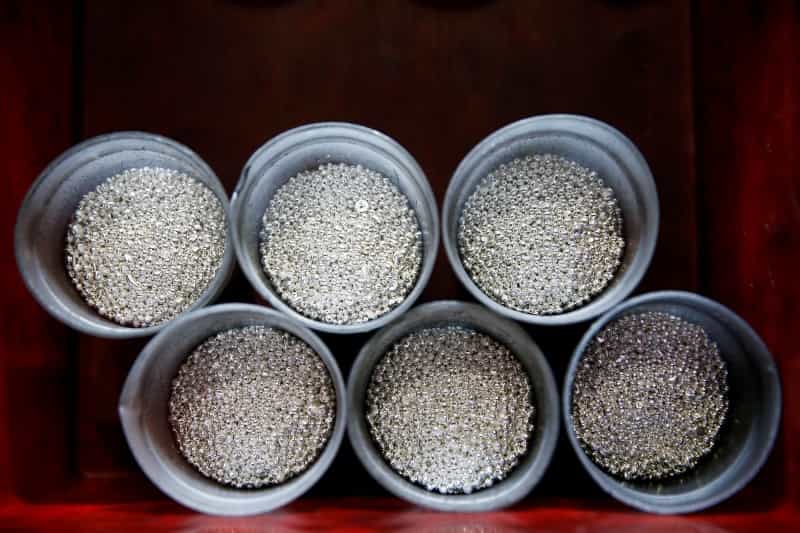