Analysts Stay Bullish On Titan: Analysts maintained their bullish ratings for Titan Co., citing higher-than-expected jewellery sales in the quarter ended March even as near-term sales could be impacted owing to localised curbs amid a surge in Covid-19 cases across the country.

The nation’s largest branded jewellery maker saw its revenue surge 60% year-on-year in the three-month period on a low base, according to its quarterly business update released on the bourses. That followed a record top line reported in the quarter ended December.

Its margin, however, contracted because of a lower ratio of studded jewellery and higher share of coins over the previous year. A reduction in customs duty in February, too, hurt.

Still, most analysts expect the company to be well placed to capture the long-term growth potential in the jewellery segment, and that its other segments can emerge as key growth drivers in the years to come.

Shares of Titan gained as much as 1.4% in early trade on Thursday to Rs 1,535.8 apiece, snapping a three-day losing streak. Of the 32 analysts tracking the company, 15 have a ‘buy’ rating, 10 suggest a ‘hold’ and seven recommend a ‘sell’, according to Bloomberg data. The average of the 12-month consensus price target implies an upside of 3%.

Here’s a look at what analysts had to say on Titan post its business update: 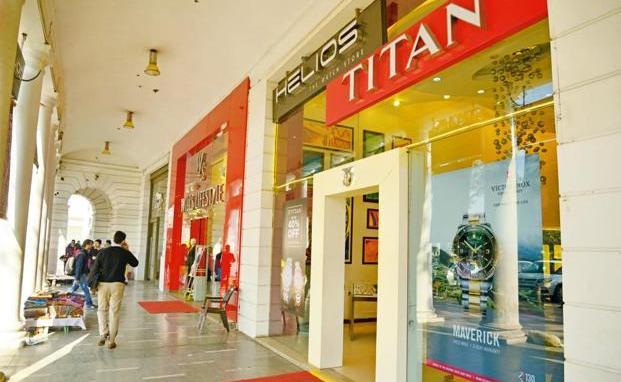