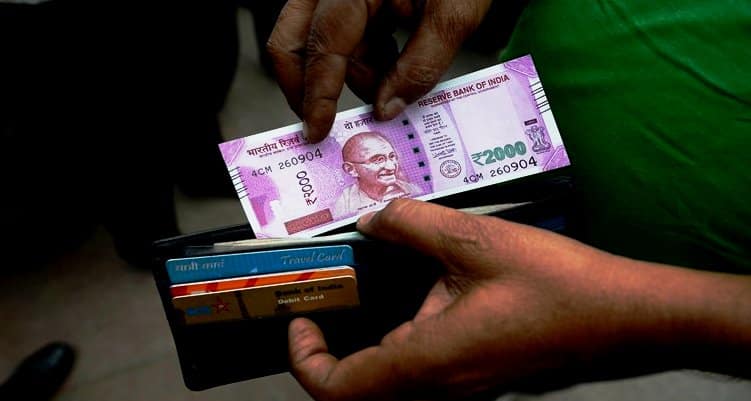 Gold Silver Reports — The Indian rupee appreciated against the dollar in early trades on Monday, 27 March 2017 on increased selling of the US currency by banks and exporters. Besides, dollars weakness against other currencies overseas amid increased skepticism of US President Donald Trump s ability to implement his economic agenda after last week s failed US healthcare deal supported the rupee. However, a lower opening of the domestic equity market capped the gain.

The domestic currency opened at Rs 65.25 against the dollar and climbed to a high of 65.08 so far during the day. In the spot currency market, the Indian unit was last seen trading at 65.1175. On Friday, the rupee had gained 11 paise to end at 65.41 against the American currency on fresh bouts of dollar selling by exporters and banks

The government is likely to table supplementary goods and services tax (GST) legislations in Parliament today, 27 March 2017. Central GST (C-GST), integrated GST (I-GST), Union Territory GST (UT-GST) and the compensation law are likely to be introduced in the Lok Sabha today, 27 March 2017, and could be taken up for discussion as early as 28 March 2017, media reports suggested.

Overseas, Asian stocks edged lower after US President Donald Trump suffered a legislative defeat on Friday, 24 March 2017, when Republican leaders pulled a bill to overhaul the US health care system with the dollar weaker and gold prices up.

Meanwhile, the dollar fell to its lowest level against the yen since late November in Asia on Monday on heightened political risk concerns as a Republican-controlled Congress and presidency are in focus to deliver on economic plans for tax cuts and spending following a failed effort to reform healthcare. The U.S. dollar index, which measures the greenbacks strength against a trade-weighted basket of six major currencies, dropped 0.47% to 99.12. — Neal Bhai Reports