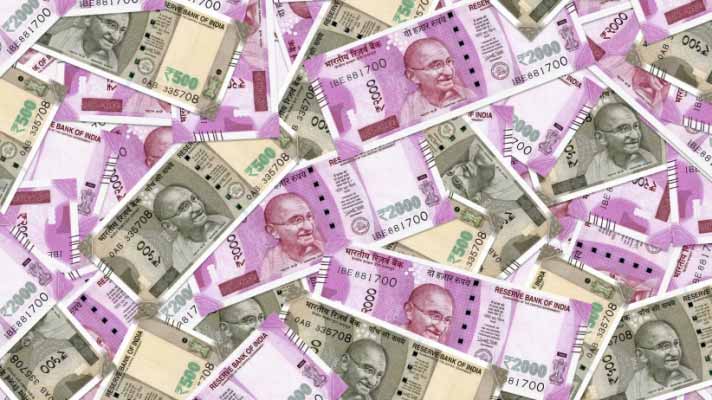 Gold Silver Reports — The Indian rupee eased in early trades on Wednesday, 22 March 2017 amid gains in the US currency in global markets. Dollar strengthened against major global currencies hitting the rupee sentiment. Early losses in stock markets and demand for the US currency from importers also weighed on the rupee.

The domestic currency opened at Rs 65.57 against the dollar but recovered to a high of 65.48 so far during the day. In the spot currency market, the Indian unit was last seen trading at 65.505. Yesterday, the rupee had gained 6 paise to close at a nearly 17-month high of 65.30 in a fairly volatile trading.

Overseas, Asian stocks were trading lower as investors re-evaluated their optimism around the Trump trade. In Japan, exports rose at the sharpest rate in two years in February as demand from China and other parts of Asia jumped, underpinning a modest but continuing recovery in the worlds third-largest economy. Merchandise exports grew 11.3% in value terms from a year earlier to 6.347 trillion yen, after increasing 1.3% in January, according to data released yesterday, 21 March 2017 by the Ministry of Finance.

Meanwhile, the dollar rebounded in Asia on Wednesday as markets reacted to an apparent failed missile test by North Korea noted views from a Fed policymakers on the interest rate outlook and mulled stronger than expected Japan trade figures. The U.S. dollar index, which measures the greenbacks strength against a trade-weighted basket of six major currencies, rose 0.11% to 99.66. USD/JPY fell 0.03% to 111.68 after North Korea launched a missile test that reportedly failed.  — Neal Bhai Reports