Copper MCX Tips Today : Copper prices yesterday settled down by 0.43% at 592 as investors worried about rising tensions between the United States and China.

Copper MCX Tips Today : Technically Copper market is under long liquidation as market has witnessed drop in open interest by 2.13% to settled at 5014 while prices down 2.55 rupees.

The United States imposed financial sanctions and a travel ban on 14 Chinese officials over their alleged role in Beijing’s disqualification last month of elected opposition legislators in Hong Kong.

Copper is often used as the bellwether for the economy and a souring tension between the world’s two biggest economies could worsen the global economic status.

China’s November copper imports fell for a second consecutive month to a six-month low, customs data showed, as the closure of a favourable price arbitrage window made bringing in metal from overseas, as well as bonded storage, less attractive.

Activity in China’s copper-intensive manufacturing sector grew at the fastest pace in more than three years in November, according to an official survey whose sub-index for construction in which copper is also widely used likewise picked up as China boosts infrastructure spending.

However, a spread between Shanghai and London copper prices that made shipping the metal to top consumer China profitable turned negative in November, signalling an end to the bumper arbitrage flows seen in previous months. 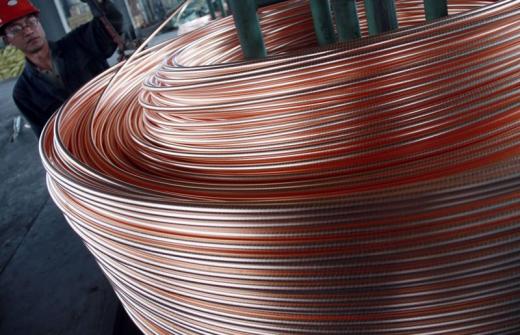