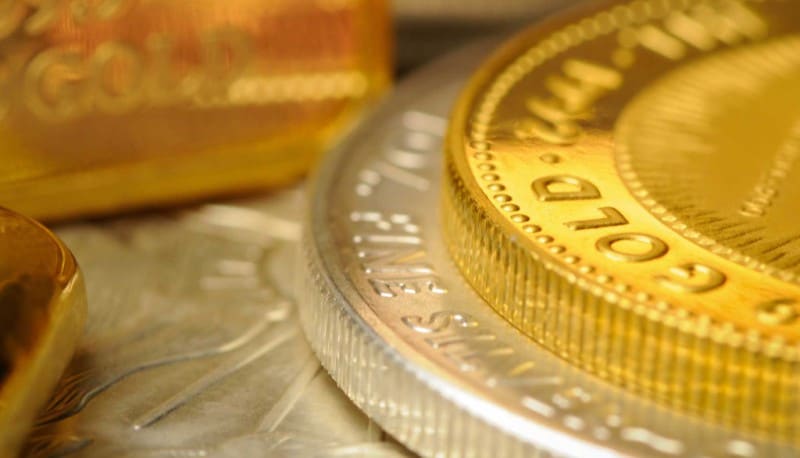 Bullion is a standardized form of the precious metals gold, silver, and platinum, according to a certain purity. Bullion form of metals allows them to have the uniformity to allow them to be easily traded as commodities on commodity markets. If you’re looking to trade precious metals, the concept of bullion is an important one, the level of purity that is, to know what you’re buying.

What is bullion quality? (Bullion Is A Standard of Purity)

Bullion refers to the refining of precious metals such as gold, silver, and platinum, into ingots or coins which serve as a store of value. While these metals have several uses, their form in bullion facilitates the trading of these commodities by looking to standardize them.

While trading of precious metals goes back centuries, the actual term bullion came from a 17th Century French minister of finance, who sought to better standardize gold and silver trading by specifying a certain minimum purity for investment grade precious metals. If a metal met this grade, it became called bullion, and the term remains in effect today to describe such purities.

Metals are mined from the earth at various purities, and these purities tend to be a very low percentage of the overall ore that is mined. Through the process of smelting, the precious metal is extracted from the ore, where it may be further refined from there to yield various percentages of the metal.

Without seeking to achieve a high purity, traded gold would represent a wide range of different purities, and we do have this in fact in the gold jewelry market, where one can buy 10 karat, 14 karat, 18 karat, and 24 karat, and so on, with only 24 karat being close to pure gold.

This is fine for jewelry, but if one is seeking to purchase gold for investment purposes, and did so with these different percentages of gold, a separate market for each would have to be created. This is not efficient though, especially since there really isn’t much demand for these lesser purities, as people buying gold typically want to buy gold, not gold mixed with something else.

It isn’t possible to get 100% pure gold, although we’ve been able to come extremely close to this, 99.999% to be exact. To qualify as bullion, and therefore to qualify to be traded on the commodities market, bullion has to be a certain percentage, usually 99.5 for gold bars and ingots, and 90% for coins, although the gold traded on markets tends to be of a higher grade due to demand for higher grades.

How Bullion Functions as a Commodity

Metals that qualify as bullion share the common feature of scarcity, and this is the reason why common metals like iron, copper, aluminum, and so on are not traded on the precious metals market, although they may still be traded as commodities, as is the case for instance with copper.

So this bullion gets traded on commodities markets, and there is a lot of bullion that changes hands each year. The gold market alone generates over $20 trillion dollars worth of trade per year these days, which is more than the value of all the gold in the world, and this gives us an idea of how actively traded this commodity is.

Platinum and silver also generate a lot of trade as well, with people buying and selling all of these metals all the time, typically in bar form. A lot of the precious metals that are traded are done so as alternative investments to the usual ones, such as securities, especially in times where securities may be in a downturn, and this is when precious metals tend to perform at their best.

As it turns out, the demand for the metals exceeds the minimum standards that qualifying as bullion require, and instead of the 99.5, investors prefer 99.99%, an amount that can be achieved fairly economically and which represents an efficient point in the refining process, where the cost of refining is in line with the demand for purity.

Which gold coin is best?

Gold coins represent a much smaller proportion of the overall gold market than gold bullion does, and this is even more the case with platinum and silver, and you can get coins made of each, but they aren’t traded at anywhere near the high volume that precious metal bars are.

Actually buying bullion involves taking physical possession of the commodity, as is the case with most commodities, although one often has an agent store purchased bullion for them. This does involve additional costs, but the costs aren’t that significant compared to the overall value of the asset held.

Given the huge amount of liquidity with bullion, the sheer size of the market, spreads between the buy and ask price tend to be very tight, and the more in demand something is, the tighter the spreads tend to be, and this is a desirable characteristic when one looks to buy and sell something, as it minimizes the amount lost from the trade itself.

So if one bought and then immediately sold bullion, there would be various costs involved, and one of them is the difference in the price paid and the price sold, which is the spread. Even if one holds something long term, the spread always plays a role, so you want spreads to be as tight as possible if you are trading something, and spreads with bullion are nice and tight.

The costs of trading a physical commodity is going to be higher than, for instance, trading paper securities electronically, as there is simply more involved in delivering and storing physical goods. This is one of the reasons why bullion is limited to metals of significant value, and why gold in particular dominates the bullion market like it does.

Platinum is of a similar value though, so it’s not just about scarcity and value, it’s also about demand, and gold is just simply so much more in demand than other precious metals, for no other particular reason than people like to trade in it a lot more.

On the spot market, one takes immediate delivery if one is buying, or delivers the goods immediately it if one is selling, whereas on the futures market, one is interested in buying or selling the asset at a future date. One may or may not be holding the contract when it is executed, and these future contracts often change hands many times during the life of the contract.

Is it worth investing in bullion? (Bullion as Investments)

Like most other investment assets, bullion has a history of increasing in value over time, but unlike other investment types such as securities, the changing value of bullion isn’t really that dependent upon business cycles, it is primarily a function of demand.

While the metals that bullion is formed from does see an increase in supply each year, the majority of the world’s precious metals have already been mined, and these additions do not contribute significantly to the price. A price in a market is determined by both supply and demand, and with the supply side only exerting a small effect on it, the bullion market is really driven by how much in demand a particular metal is at any given time.

Since bullion’s price is for the most part independently determined this way, it is seen as immune from the ups and downs of other markets, and therefore is seen as a great hedge against them. This is only really the case because as people move away from other investments in times of depressed values, they tend to flock to bullion a lot more, and this in itself is what drives the price of bullion up during these times.

Like other investments, bullion can be held for anywhere from a very short time to a long term investment, and these markets attract every type of investor imaginable. There are those who speculate on it short term, there are those who increase their positions in bear markets, and there are people who look to bullion as long term stores of value, the same way that people buy and hold stocks long term.

Since the supply of bullion is so limited, it has always been viewed as a very solid long term investment, and even though its price can fluctuate wildly at times, over the long haul, it does retain its value and in fact increase over time, and this very desirable aspect does serve to drive the market forward and keep demand for it fairly high.

Is it good to invest when the market is down?

Bullion has been traded well before the existence of paper money, and its long and glorious history, together with the extremely high demand and liquidity that it boasts, will ensure that this is an attractive investment for a long time to come, perhaps even forever.