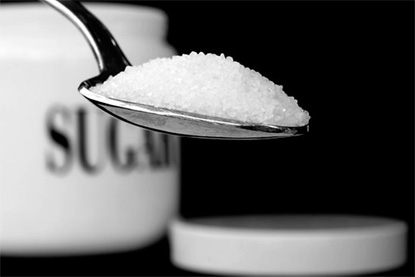 Gold Silver Reports — India is considering a cut in import duty on sugar from the current 40% owing to increasing inflation and downward revision of production targets by sugar mills, government officials said. India is the world’s biggest aggregate consumer of the sweetener and often imports the commodity when local output falls, to prevent prices from soaring.

Till March 20, sugar production in the current season has been 17.7 million tonnes, while the government’s output target is 22.5 million tonnes. Earlier this month, Indian Sugar Mills Association had said that India’s sugar production will fall to 20.3 million tonnes this season, down 19% from a year ago. “The Uttar Pradesh assembly election is over and cane dues payable to farmers have reduced to . 5,605 crore, according to the fair ` and remunerative price set by the Centre. So the government may take a decision to reduce duty for a short period to allow a fixed amount of import of raw sugar,“ said a food ministry official.

He said the food ministry has not sent any proposal to the Centre to reduce the import duty or allow imports but that other ministries such as commerce, finance and statistics may take the decision soon in view of the increasing inflation.

In February, sugar and confectionery saw 18.83% inflation, up from 18.69% in the previous month, as per the Consumer Price Index.

Another official that the ministry is watching the global price movement, apart from the crop position in Brazil. “At most, domestic production will be 19.5 million tonnes.Global prices are weak and there is very less time to make a decision on import. The government should soon take a decision,“ said Narendra Murkumbi, vice chairman of Shree Renuka Sugars.

Murkumbi said imports should be considered since in summer there is a tendency for prices to rise owing to increase in demand and consumption. “We are concerned that banking on wrong production numbers, it may lead to a wrong policy,“ he said. With global prices falling port based sugar refiners such as Shree Renuka Sugars, EID Parry, Simbhaoli Sugars and ED&F Man will be competitive enough to import.