Gold Silver Reports (GSR) – What is Bitcoin Mining? How to get started — Bitcoin mining is the process by which transactions are verified and added to the public ledger, known as the block chain, and also the means through which new bitcoin are released. Anyone with access to the internet and suitable hardware can participate in mining.

The mining process involves compiling recent transactions into blocks and trying to solve a computationally difficult puzzle. The participant who first solves the puzzle gets to place the next block on the block chain and claim the rewards. The rewards, which incentivize mining, are both the transaction fees associated with the transactions compiled in the block as well as newly released bitcoin.

Even if you have gotten your head around what cryptocurrencies like Bitcoin actually are, you’d be forgiven for wondering what Bitcoin mining is all about. It’s far removed from the average Bitcoin owner these days, but that doesn’t change how important it is. It’s the process that helps the cryptocurrency function as intended and what continues to introduce new Bitcoins to digital wallets all over the world.

So, what is Bitcoin mining? It’s the process by which transactions conducted with Bitcoin are added to the public ledger. It’s a method of interacting with the blockchain that Bitcoin is built upon and for those that take part in the computationally complicated activity, there are Bitcoin tokens to be earned.

THE BASICS OF MINING

Cryptocurrency mining in general, and specifically Bitcoin, can be a complicated topic. But it can be boiled down to a simple premise: “Miners,” as they are known, purchase powerful computing chips designed for the process and use them to run specifically crafted software day and night. That software forces the system to complete complicated calculations — imagine them digging through layers of digital rock — and if all goes to plan, the miners are rewarded some Bitcoin at the end of their toils.

Mining is a risky process though. It not only takes heavy lifting from the mining chips themselves, but boatloads of electricity, powerful cooling, and a strong network connection. The reward at the end isn’t even guaranteed, so it should never be entered into lightly. 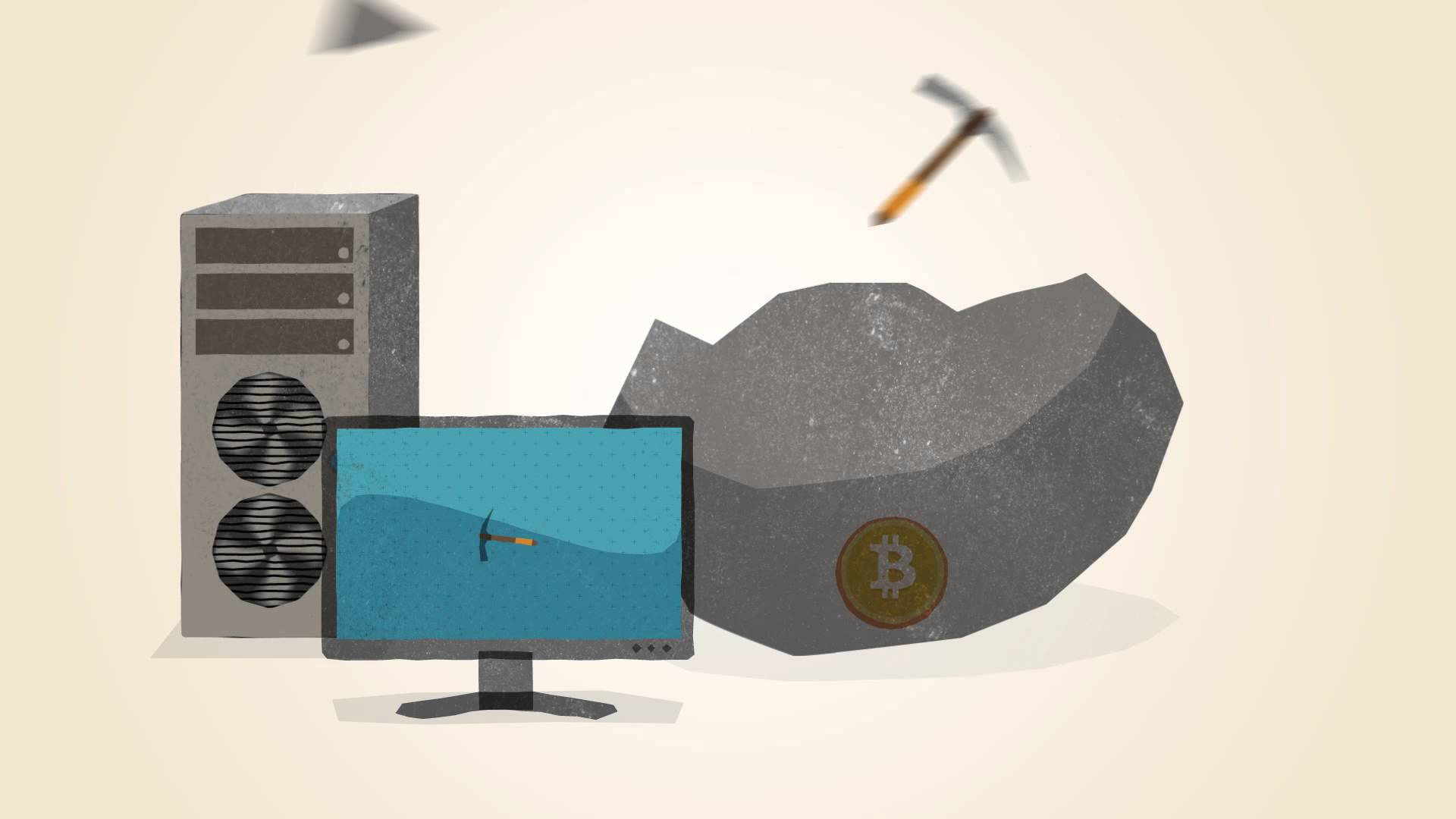