Gold prices fell to the lowest in more than two months as a stronger dollar and better-than-expected U.S. economic data diminished the appeal of the metal as a haven.

Gold Prices Fell To The Lowest in More Than Two Months

U.S. retail sales surged in January by the most in seven months, beating all estimates and suggesting fresh stimulus checks helped spur a rebound in household demand. Production at manufacturers also rose by more than forecast, a fourth straight monthly advance that shows factories continue to recover from pandemic-related disruptions.

Gold, which posted its biggest annual gain in a decade last year, headed for a fifth straight drop Wednesday as expectations for more economic aid and progress on vaccinations drive optimism over growth. The outlook is supporting yields and weighing on demand for non-interest-bearing bullion, while a bout of strength in the dollar curbs the allure of the metal as an alternative asset.

The release of stronger-than-expected U.S. retail sales “put defensive assets like gold under pressure,” said Carsten Fritsch, an analyst at Commerzbank AG. “The rallying dollar and 10-year bond yields at 1.3% are other factors weighing on gold.”

Further losses may be on the horizon after bullion’s 50-day moving average retreated below its 200-day counterpart, a so-called death cross pattern. Meanwhile, holdings in SPDR Gold Shares, the world’s largest bullion-backed exchange-traded fund, fell to the lowest since June. ETF purchases were a key driver of gold’s rally to a record in August and could further pressure prices if outflows are sustained.

“A runaway rally in global bond yields has delivered a fatal blow to gold,” said Edward Moya, a senior market analyst at Oanda Corp. “Yields are rising on reflation bets, and that is triggering an unwind of many safe-haven trades.”

Spot gold fell 1.2% to $1,772.58 an ounce by 1:47 p.m. in New York, after slipping 1.3% on Tuesday. A fifth straight loss would be the longest run since March. Futures for April delivery on the Comex fell 1.5% to settle at $1,772.80 an ounce. Silver, palladium and platinum also retreated. The Bloomberg Dollar Spot Index rose 0.3%, while Treasury yields fluctuated after touching the highest in a year.

Is it possible to buy gold at spot price?

A key level for spot gold is about $1,765, a low reached in late November in the wake of optimism over vaccine announcements. A drop below that could pile further technical pressure on the metal.

“The next 48 hours will be key to gold,” Ole Hansen, head of commodity strategy at Saxo Bank A/S, wrote in a note. “The fact it has been falling while inflation expectations have been going up is worrying and most likely due to the market expecting even higher yields and a stronger dollar.” 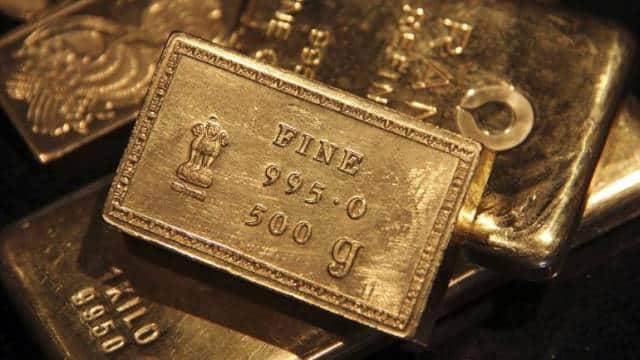