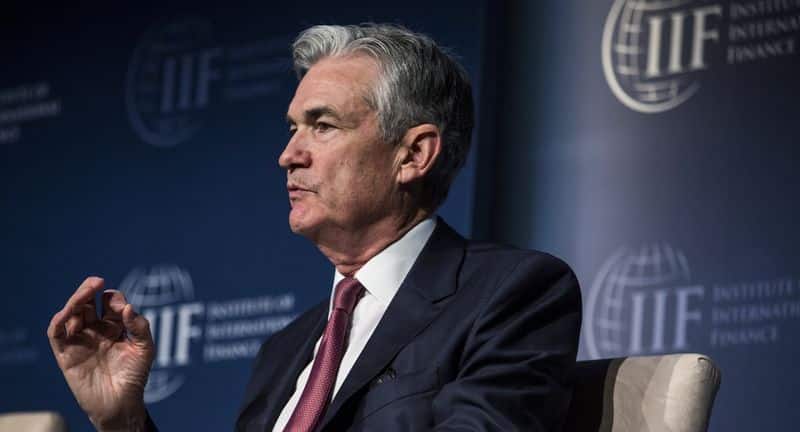 Federal Reserve Chair Jerome Powell issued a fresh warning to investors doubting his resolve to fight inflation: interest rates are heading higher and will stay there “for some time.”

The message from Jackson Hole — hammered home by Powell in a terse five-page speech Friday and endlessly repeated by his colleagues — is that the central bank will not blink in the fight to cool prices.

Equity prices tumbled as the message was absorbed, with the S&P 500 closing 3.4% lower for its worst day since mid-June.

Recent readings on the US economy have been mixed, with the labor market still strong but demand cooling in some places, particularly the housing market, and a number of economists see serious risks of recession next year.

Tellingly, Powell spelled out that running a sustained, tight policy until inflation turns lower was going to bring “some pain” to households and businesses.

“There is no talk of a soft landing here,” said Derek Tang, an economist at LH Meyer, a policy analysis firm in Washington, referring to the hope the Fed can get inflation back to its 2% target without causing a sharp rise in unemployment or recession.

Promising to keep policy tight “lends credibility to coming rate hikes,” he said. “The level of rates is only restrictive if they raise and promise to hold there for a while.”

Powell’s remarks at the retreat, which gathers top policy makers from around the world, come as US central bankers confront the highest inflation in 40 years. Officials were slow to spot the risk — Powell’s speech at Jackson Hole a year ago argued that price pressures were narrowly based and would wash out — and are now moving aggressively to keep prices from accelerating further.

Officials raised rates by 75 basis points at each of their last two meetings and signaled the same could be on the table again when they gather next month. Powell said that the size of the increase in September would be determined by the “totality” of the incoming data.

Other Fed policy makers were on message in their remarks on the sidelines of the conference.

“I want to see our policy get to something that’s marginally restrictive,” Atlanta Fed President Raphael Bostic told Bloomberg Television before Powell spoke, adding that he thinks rates should go up by 100 to 125 basis points above current levels. “In terms of staying there, I think we should stay there for a long time,” he said.

Bostic said the economy has to weaken first before inflation starts to move down, and that such a shift would typically require the Fed to hold rates at higher levels for 18 months to two years.

However, he said that the economy has been evolving more quickly during the pandemic. “There is the possibility that the movement in inflation could be faster than what we’ve seen in the past,” Bostic said. “The reality is, we don’t know what’s going to happen.”

Fed officials also voiced explicit dissatisfaction with bets in financial markets that rates will peak below 4% next year and then be cut in the later part of 2023.

“This ‘some time’ is forward guidance,” said Roberto Perli, head of global policy research at Piper Sandler & Co. “They have to use it because the market thinks they are going to act as they have over the past 30 years: At the first sign of weakness, they cut. ‘Some time’ is vague enough — it could be two meetings or two years.”

The strategy to raise and hold has its roots — albeit in an opposite fashion — in the way the Fed handled deflationary risks years ago.

Faced with ultra-low inflation in 2003 as the economy struggled out of a recession, then-Fed Governor Ben Bernanke argued in favor of using communications to reinforce the message that the Fed was committed to moving inflation away from deflation risks by keeping policy lower for longer.

The Fed introduced forward guidance into the statement in August that year, saying the risk of inflation remaining too low merited keeping policy accommodation in place “for a considerable period.” While ‘some time’ is less descriptive, it is the same kind of commitment strategy.

Such guidance is aimed at shaping public expectations, a topic Powell also touched on in his speech.

He said many measures of inflation expectations are anchored. But he also said this was not grounds for “complacency” with inflation having run well above the 2% target for months. Government data earlier Friday showed the Fed’s preferred price measure rose 6.3% for the 12 months through July.

What’s more, the public’s lived experience of inflation has nothing to do with the assurance provided from surveys suggesting expectations are nothing to get alarmed about, making it risky for a central bank to rely on them.

“The Fed is clear-eyed about the costs of expectations becoming unanchored,” she said.